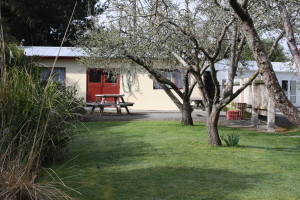 In the early years the local town supply Milk Company in Christchurch supplied milk. In the late 80’s Karin and Rients formed a relationship with a local dairy farmer to supply milk directly to Karikaas, and today we still use a sole supplier to ensure quality standards are maintained.  The result: an award-winning range of boutique dairy products reflecting a blend of the natural rural surroundings with a unique European flavour.

It has taken time, effort and commitment to supply an authentic range of products to an increasingly health-conscious market. That is - products free of preservatives, stabilizers, emulsifiers and colourings. Karikaas managed to do just that by refining recipes, and sourcing the best ingredients in a way that exalts cheese and dairy food production in New Zealand.

We are proud of the quality of our products and the fact that our ecological foot-print is as low as is reasonably possible in today’s legislative environment.

To contact please phone, fax, email or call into the shop.
Shop hours: Monday to Friday 8.30am - 3.00pm, closed weekends and public holidays.